Charles Dean Larsen, 85, passed away peacefully on November 16, 2020. Our beloved husband, father, and grandfather will be dearly missed by all.

Due to COVID-19, a private family memorial was held at Lindquist’s Bountiful Mortuary on Friday, November 20, 2020. The internment service will be held at Bountiful City Cemetery. The family’s desire is to hold a public memorial service when it is safe for all of Dean’s many friends and neighbors to gather. 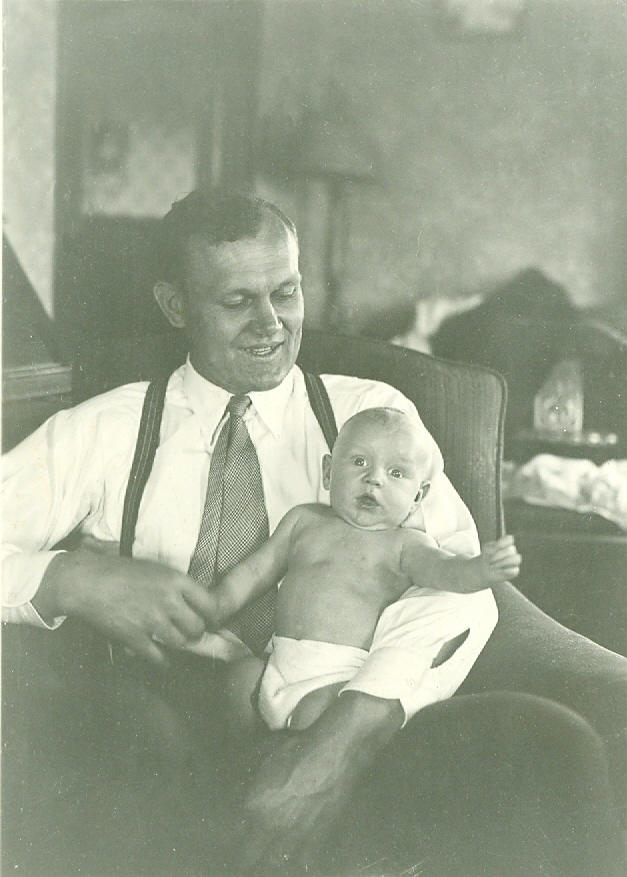 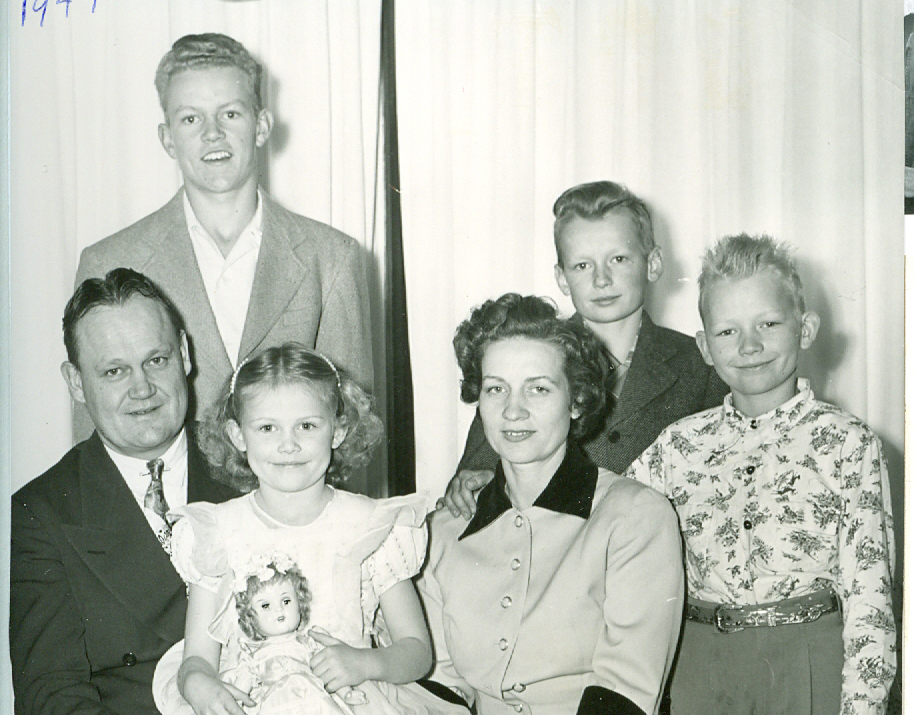 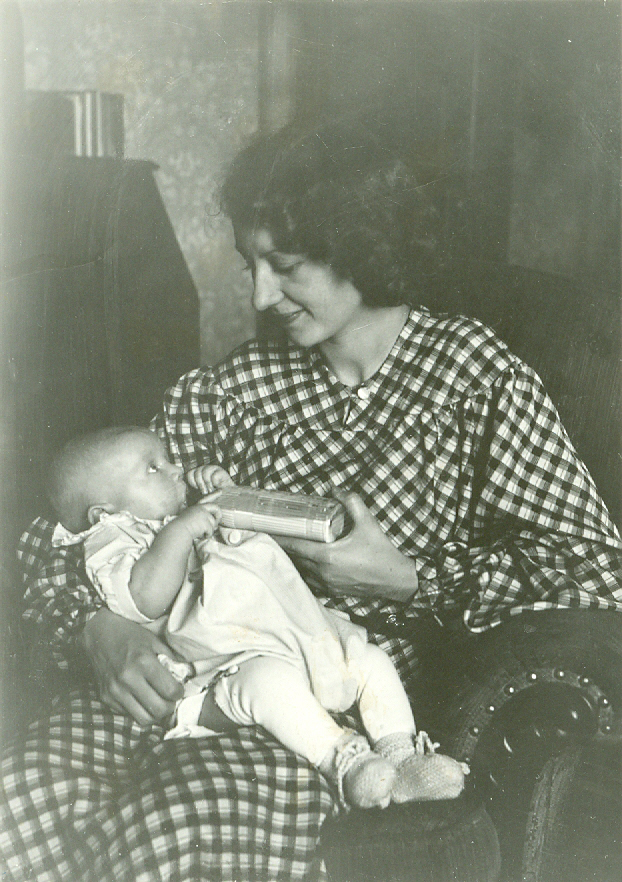 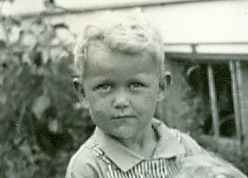 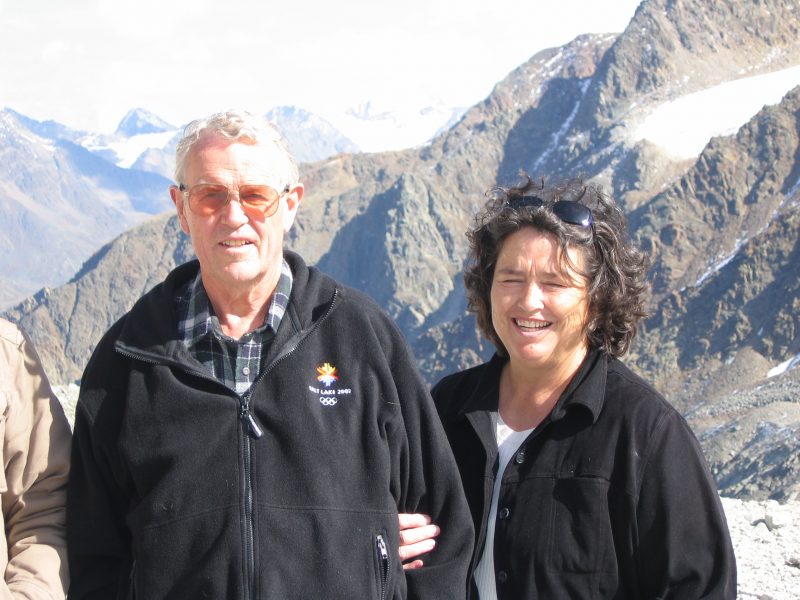 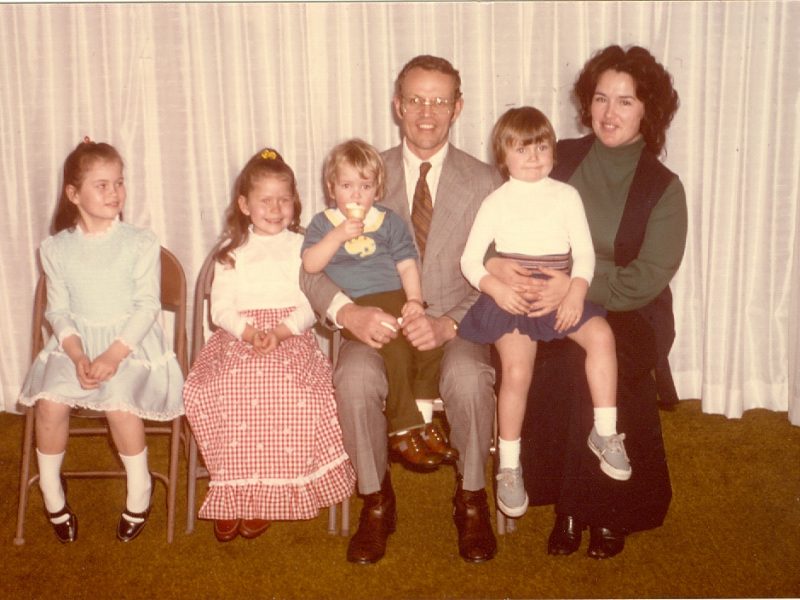 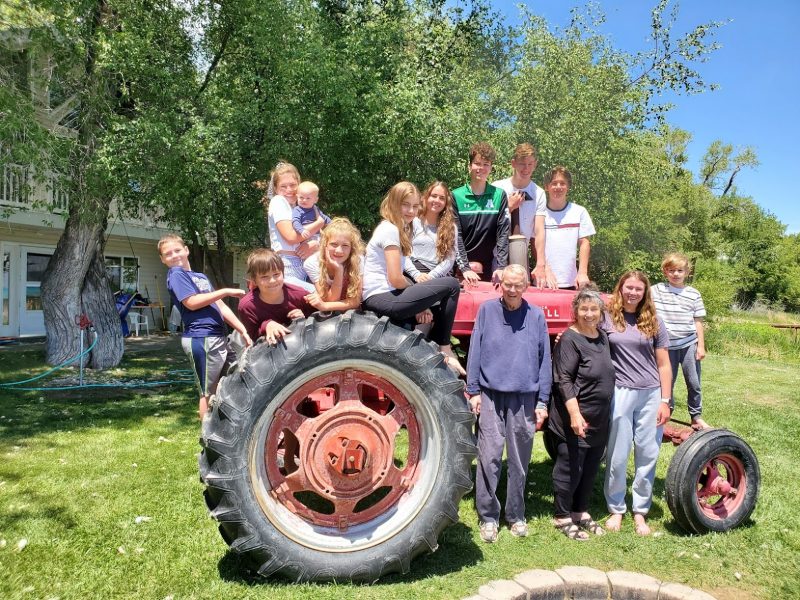 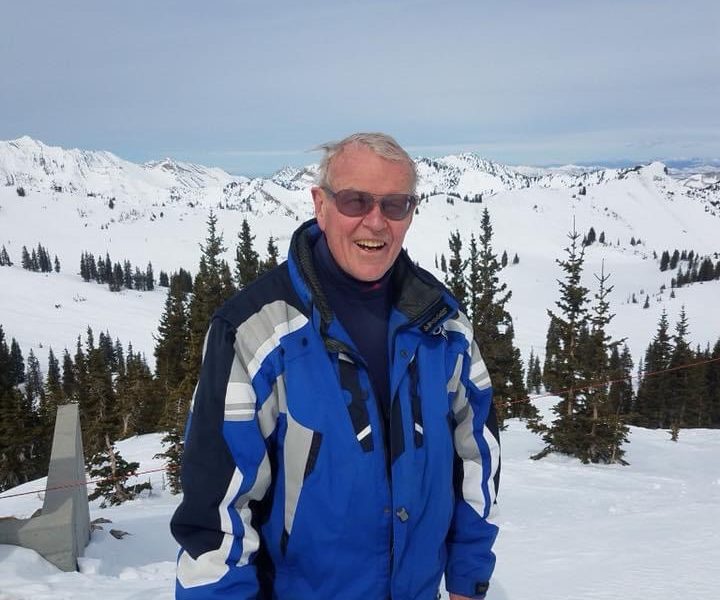 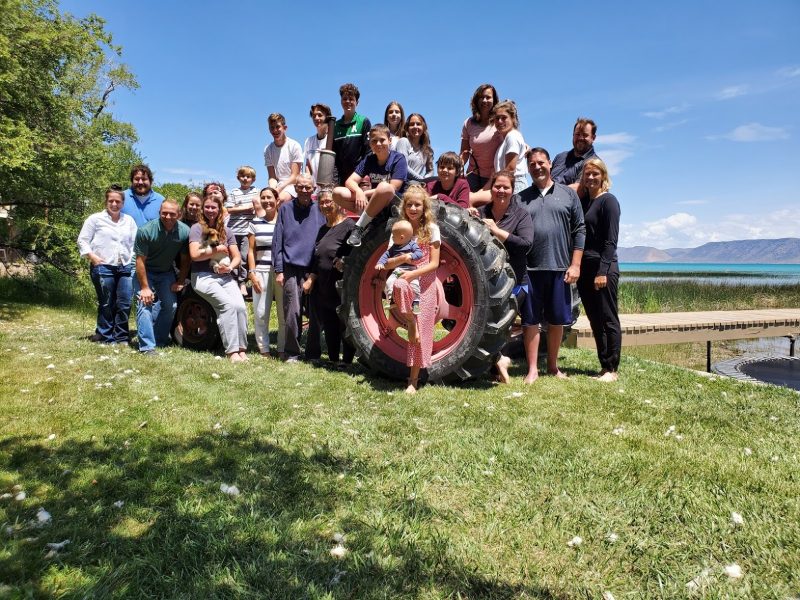 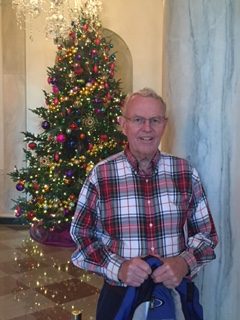 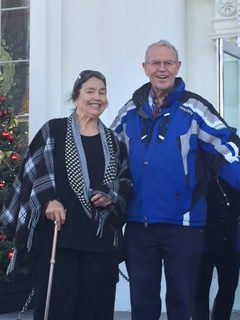 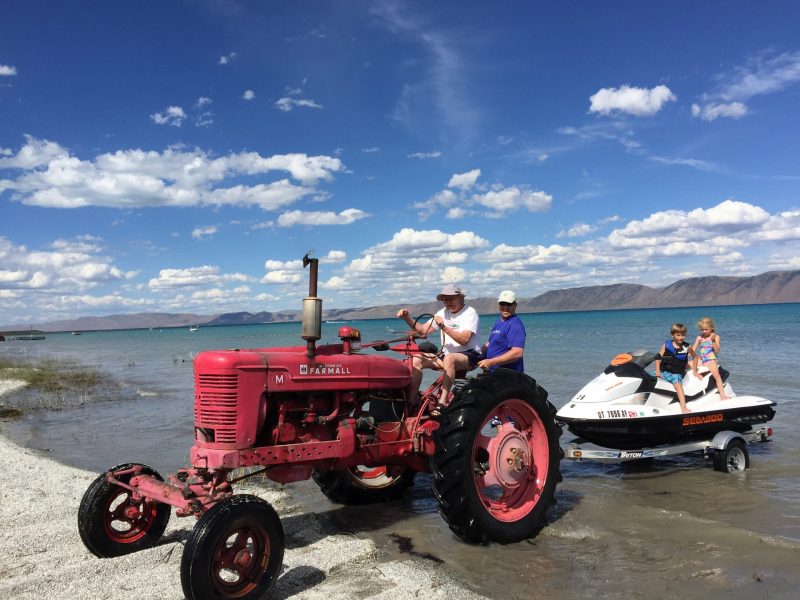 He attended Davis High School where he set a very high standard for his younger siblings by serving as Student Body President his senior year. He was also the captain and played fullback on the football team and was subsequently selected as an All-State football player. As a talented athlete, he was also the starting forward on the basketball team and was awarded honorable mention on the All-State basketball team. In addition to his athletic prowess, he was a member of the debate team and excelled scholastically in his other studies.

Dean attended the University of Utah where he joined the Sigma Chi fraternity which began a legacy for subsequent generations. He was involved with student government at the U serving as a freshman officer. His sophomore year, he was elected to Phi Eta Sigma, a national honorary society. He took time out from his university studies to serve a mission to Germany for the Church of Jesus Christ of Latter-Day Saints. After graduation from the University of Utah in 1960 with a B.A. in Humanities, Dean again spent time in Germany serving two years as a captain in the Army, working as an official liaison. During that time, he kept busy by studying philosophy at Heidelburg University. After his honorable service in the Army, Dean returned to Salt Lake City to attend the University of Utah Law School. In law school, Dean was elected to the Law Review. He was also honored by the U of U Law School fraternity, Phi Delta Phi, as Graduate of the Year for 1965.

Dean married Mary Jo Maero on May 7, 1965 in the Salt Lake Temple. They resided in North Salt Lake, Utah. Dean served on the U.S. Circuit Court of Appeals as assistant to Judge Davis Lewis. In 1968, Dean moved his young family to Frankfurt, Germany to serve as legal representative in Europe for The Church of Jesus Christ of Latter-Day Saints. By this point in his life, Dean knew the German language better than the native Germans.In 1970, Dean and Mary Jo, with their 3 young girls, moved back to North Salt Lake and Dean continued his church legal work as a member of the Kirton McConkie Law Firm. In 1973, Dean moved his small family to the Ensign Peak neighborhood in Salt Lake City where he lived for the next 47 years.

About this time, Dean ventured out into a private law practice, Stringham, Follet and Larsen Law, and began his lifelong interest in real estate investment and restoration. In 1973, he facilitated the purchase of the McCune Mansion at 200 N Main Street, Salt Lake City. Something he was most proud of was knowing he saved this historical landmark and restored it back to its original beauty. In 1976, the Judge Building at Main and Broadway was purchase and rehabilitated, continuing to show Dean’s love of saving historical landmarks of Salt Lake City. This passion continued with the further downtown real estate preservation projects including the Commercial Club Building, The Boston Building, the old Auerbach’s Department Store Building and numerous other projects benefiting the preservation and beautification of Salt Lake City.Dean was active in many civic and professional organizations supporting the community. He was a long time member of the Rotary Club, Kiwanis Club, Salt Lake Area Chamber of Commerce, Utah Heritage Foundation, Area Director of American Cancer Fund, and in 1973 he ran for the US House of Representatives District 4 in Utah. Dean supported many local organizations including an ownership role in bringing the Utah Jazz to Salt Lake City, serving on the board of the Utah Symphony as well as a major sponsor of local arts including the Ryrie-Woodbury Dance Company, Ballet West and Pioneer Theater.

Dean was very active in the Church of Jesus Christ of Latter-Day Saints, serving faithfully in many church positions including Bishopric Counselor, Sunday School President, YM President and numerous other Ward and Stake callings. Dean loved his family history and genealogy and was very active in seeking out names of his ancestors. He took many trips to Europe, Scandinavia, and United Kingdom searching the records and visiting the sites of his ancestors. In Dean’s retirement years, he continued to serve in the church as a BYU Teaching Liaison at the Qingdao University in China continuing to host many of his Chinese students in Salt Lake as they continued their studies.

Due to COVID-19, a private family memorial was held at Lindquist’s Bountiful Mortuary on Friday, November 20, 2020. The internment service was held at Bountiful City Cemetery. The family’s desire is to hold a public memorial service when it is safe for all of Dean’s many friends and neighbors to gather. 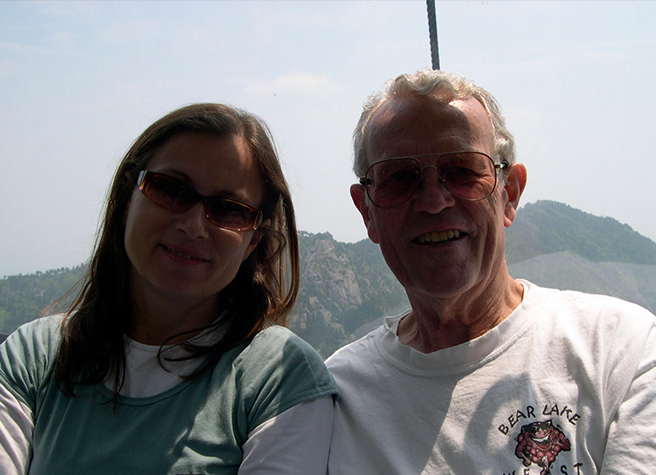 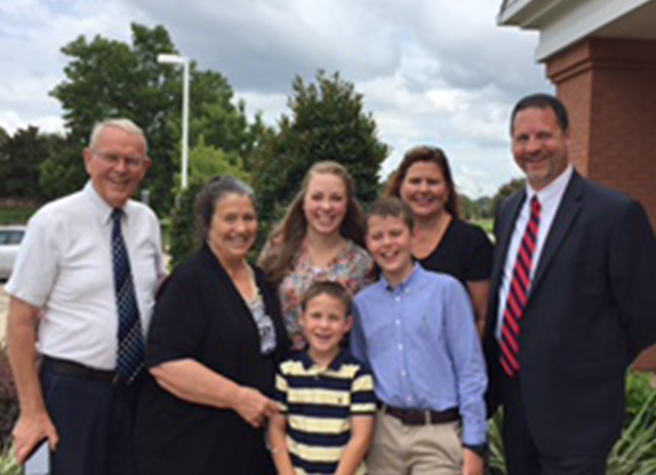 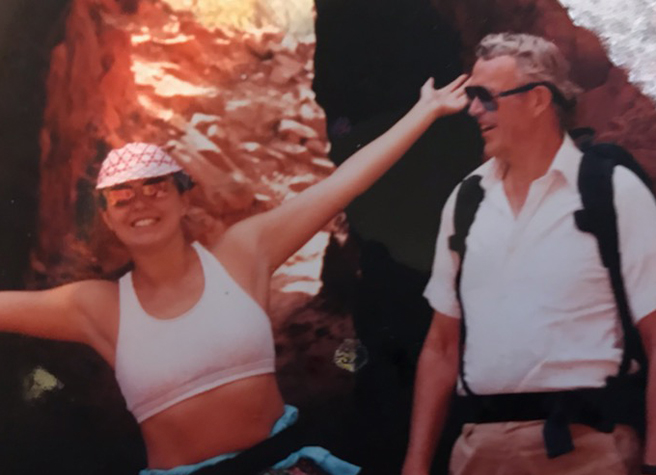 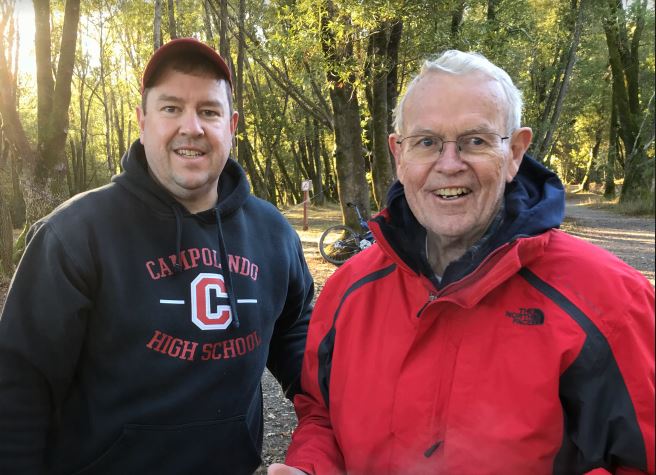 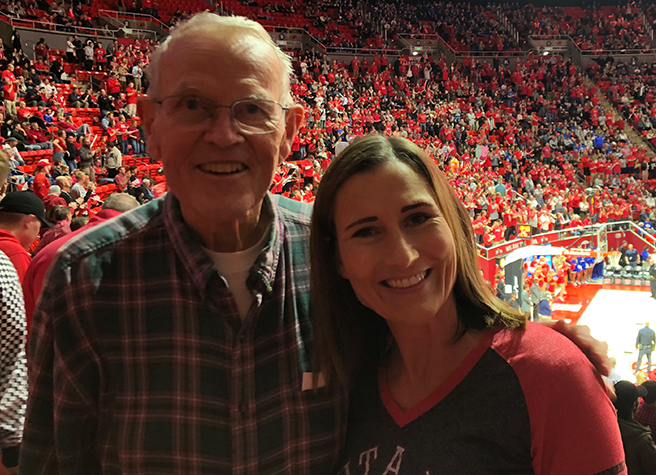 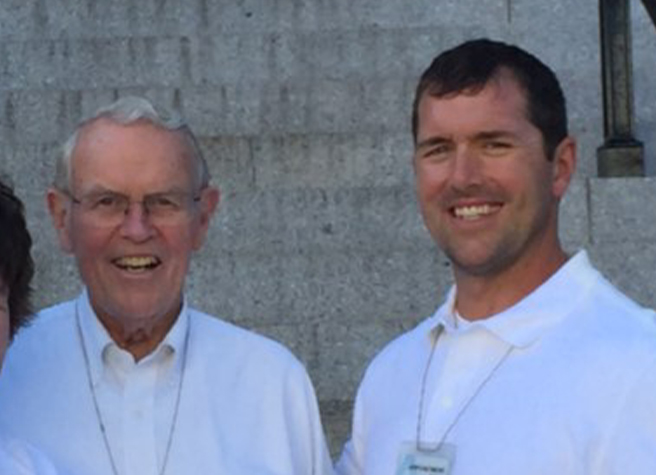 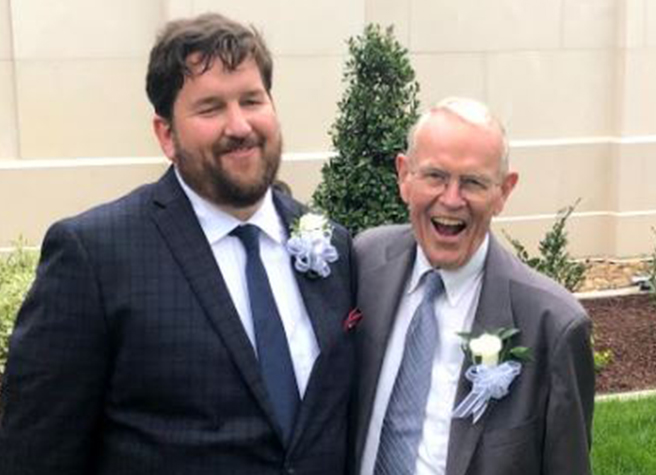 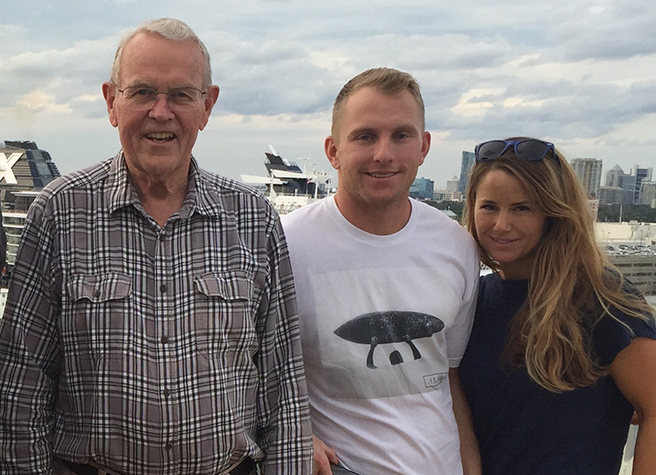 Thomas wrote on November 30, 2020:
I knew Dean most of my life. I will dearly miss him. He always was helping others and where I could I helped him as well. It was such a pleasure to have had him as a friend. I also am ready to help Mary Jo in any work that she many need done.

Leonard Salvi wrote on November 22, 2020:
Mr.Larsen,thank you for all you provided too me so I could take care of my family, I will forever cherish are time together.

Bill Beesley wrote on November 21, 2020:
I love the Larsen family. Dean was like a dad to me growing up in the Ensign Peak ward. So many great memories: youth outings, snowmobiling, bear lake and the list goes on and on. Dean was so loving and kind - so honorable and faithful in the gospel - a man of true integrity. I am a better person because of Dean. My condolences to my dear friends. Love you all.

JoAnn L Hanson wrote on November 20, 2020:
It is so hard to say Goodbye to my brother. I have many great memories of time spent with Dean and all the siblings; like working and playing at the cabin on Bear Lake, snow skiing, traveling, family parties, and having dinner together. Dean was always happy. When I was a teenage, he took Sheryl, her husband John, and me on a month long trip around Europe. That was a huge sacrifice for him. Everything was fascinating especially our journey through the Berlin Wall into East Germany. Dean is kind to everyone and will truly be missed. Sending love and hugs to the whole Dean Larsen Family. Love you all!

Bobbi Peterson wrote on November 20, 2020:
I met Dean in April of this year, 2020, when I needed a new place to live, hopefully in the area. I moved into a house Dean owned on
300 North, Salt lake City on May 1. He was such a great landlord. I
knew another family in this ward that lived in this house for many
years & who now live close by in another house of Dean's. They loved him, too. I'm a widow of 10 years, & I so appreciated Dean's
efforts to make my life here comfortable. I wish I had known him & Mary Jo for many years, instead of just these 6-1/2 months. I appreciate getting to watch this service & look forward to hearing even more about this great man next summer. He cared for all
those he knew.

Amy Larsen Zaharis wrote on November 20, 2020:
Goodbye Uncle Dean! I love you! Thank you for being a loving example to me throughout my life. You were alway kind, gentle, and always loving and serving someone who needed a to be included in family. I have so many wonderful memories of family at Bear Lake, Christmas parties at the McCune Mansion and family gatherings with all of your children. You will be missed. I am so grateful to be part of the amazing Larsen Family. Mray Jo, Alise, Debbie, Catherine, Chuck, Daniel, Josie, Liz & MaryAnn, I love you all so much. My heart is broken at the loss of your Dad, Dean. Sending love, hugs and feelings of comfort and peace to you all.

Austin Anderson wrote on November 20, 2020:
I was introduced to Dean 10 years ago, I was instantly impressed with him. Over the last 10 years I enjoyed working with Dean on many land projects and being his partner and more importantly his friend. Whenever Dean was in St. George he would stop by my office and brighten our entire Staff's Day. Despite our 40 years in age difference, Dean and I were great friends and had many wonderful conversation's outside of our work relationship. Dean had a profound impact on me, I will miss his advice, Wit, Determination, Compassion. Until we meet again Buddy

Kris Pritchard wrote on November 19, 2020:
I’ve known Dean for a short time but his influence and impact on my life will never be forgotten. I was introduced to Dean by his loving and dedicated daughter Catherine who was always there for her father. The times spent with the Larsen family are always going to be dear to my heart. Dean was such a wonderful man. Always looking for ways to give to others. His impact on Danette and her family will never be forgotten and it has given me a great opportunity to try and be as good of a man as he was. Love you Dean.

Danette Forward wrote on November 19, 2020:
Dean was the father I always wanted and the grandfather for my kids he never had to be. He along with Mary Jo and Catherine welcomed me to their home so I could start my life over here in Utah. Included my family on bear lake adventures and holidays. He was my family. He loves unconditionally and with a soul so deep I will never forget the scope of his influence. I know he impacted many but always made me feel like I was the most important person along with my girls who emphatically revered him as Grandpa. My heart will forever be loyal to him and his loyal daughter Catherine who is my sister and best friend. He deeply loved her and his entire family. I’m honored that he made me feel apart of that. I joked that I was his “love” child because I always wanted a father like him and I feel lucky I did get to be apart of his life since my youth. I will be healing next to Catherine and sending healing thoughts and prayers to his family. He will be missed and his legacy of kindness and unconditional love will live on.

Kayli Lange wrote on November 19, 2020:
I love you so much Grandpa, you were the best grandpa ever! I loved hearing all your stories when you would drive me to dance.And Every ski trip we did was so much fun, thank you for teaching me all I know. Thank you for being my number one fan at every dance recital and performance. Love you Grandpa.